When it comes to the history of nurses, everybody knows about Florence Nightingale and the Crimean War.

But how about Janet Wells (later King)? Before she was twenty years old, she had not only served as a Superintendent of a hospital at Newcastle, she had experienced two dangerous nursing adventures in the Balkans and in South Africa where she was the only British nurse to serve at the front during the Anglo-Zulu War, its most famous battle of Rorke’sDrift immortalised in film and in legend.

During her lifetime, Janet was as revered as Florence and the second nurse to receive the Royal Red Cross, yet her star faded until recently when her scrapbook was rediscovered by her great-granddaughter who brought it to the attention of an Anglo-Zulu historical group. With the publication in 2006 of this book about her by Brian Best and Katie Stossel finally her story had the potential to reach a wider audience. 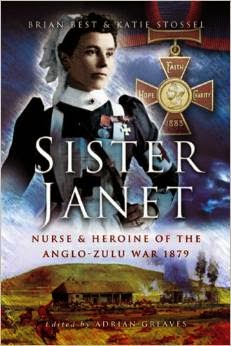 Not many eighteen year olds – then or since – and raised in a genteel world of music and middle-class comfort would have the maturity to handle death, atrocities, disease and starvation on two contrasting battlefronts with such determination and confidence. In this biography, Janet comes across as a warm, calm and self-reliant young woman who would have been a credit in any field of endeavour.

The book also describes in detail the little-remembered Russo-Turkish War with its ghastly casualty rate and callous treatment of men, and also the fact that Sister Janet did not take sides and that she treated all her patients equally, including Zulus and even the imprisoned Chief Cetshwayo himself. There is also enlightening discussion on the early days of the Red Cross and how politics, personalities and competition affected the various nursing bodies.

Although she did not actively nurse after she was married, like her more famous contemporary Florence, Janet always campaigned for military authorities to give more attention to medical supplies and support although it would take many more years before these matters were seriously attended to.

The book’s illustrations include scenes from her life, including poignant naïve sketches by a soldier admirer of hers, flowers and mementos that she collected from the battlefields, and beads given to her by Cetshwayo.

Certainly an inspiring woman who deserves to be much better known.

Posted by Regina of Arbeia at 7:05 PM No comments: Links to this post

Remember to call at my grave ... Nokutela Dube 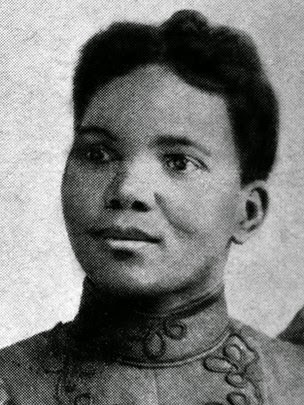 This story on BBC Magazine  brings to light a woman who has been too long forgotten even in her homeland, but at last Nokutela Mdima Dube is getting the attention and credit she deserves for the work she did on behalf of her nation.

As the first wife of John Dube,  the founder of what would become the African National Congress, she is every bit as important in the development of modern South Africa as her husband and the men who came after him like Nelson Mandela.

Nokutela was born in 1873 in Inanda, Kwa-Zulu Natal, and educated at the Inanda Seminary, founded by the American Board of Missions in 1869.  Inanda also has links to Mohandas Gandhi and is located in the beautiful Valley of a Thousand Hills.

After teaching at the Seminary herself for several years, Nokutela travelled to the United States where she received further training at the Union Missionary Training Institute in Brooklyn, New York, specialising in Home Economics and Music. Together with her husband she authored A Zulu Song Book published in 1911 and helped to popularise the national song of Africa, Nkosi Sikelel’iAfrika 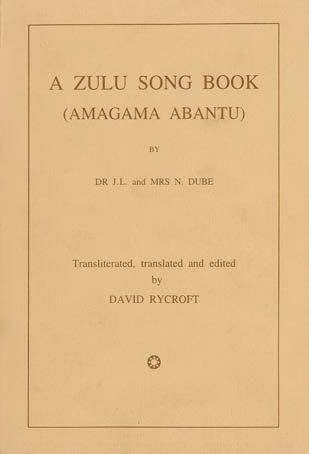 The couple received no local support for their work in helping with African education, so they travelled many times to the United Sates to gather finances for their projects, modelled on those of Booker T.Washington,  founder of the Tuskegee Institute in Alabama. While her husband John would speak about his plans to lift up his people, Nokutela would dazzle audiences with her amazing singing voice that included click songs and piano playing.

Sadly, her private life turned sour because she remained childless at a time when it was considered a shame for an African woman to be unable to have children. Her husband took a second wife with whom he had several. Nokutela died of a kidney complaint aged 44 in 1917 and was buried in an umarked grave in Johannesburg under a number and the derogatory term of “Christian Kaffir”. In 2013 her grave was fully restored.

Professor Cherif Keita is an academic involved in giving Nokutela her rightful place in history and he has made a TV documentary about her. He says:

Nokutela’s courage, self-sacrifice and leadership were a great source of inspiration to many in her lifetime … an extraordinary African woman and pioneer, whose name, because of a cruel irony of biology (she could not bear children) and injustice of human history (colonialism/apartheid and the patriarchal system was so dominant at the time), was wiped out of our collective memory.

Click here to see the moving trailer to Professor Keita’s documentary, and below is the poem by the South African author Don Mattera that he mentions in this article about Dube and Mandela and that is also relevant to Nokutela.

Remember
Remember to call at my grave
When freedom finally
Walks the land
So that I may rise
To tread familiar paths
To see broken chains
Fallen prejudice
Forgotten injury
Pardoned pains.


And when my eyes have filled their sight
Do not run away from fright
If I crumble to dust again.


It will only be the bliss
Of a long-awaited dream
That bids me rest
When freedom finally walks the land.

Posted by Regina of Arbeia at 11:18 AM No comments: Links to this post