Matthew and Ann, a love story

The recent announcement of the discovery of the grave of Captain Matthew Flinders (1774-1814) during the excavations at Euston Station brings to mind the romantic and poignant love story of him and his wife, Ann Chappelle, from whom he was separated for most of their married life. There is also some irony that the archaeological skills used to find and identify his body will owe much to the methodology established by Flinders’ famous grandson, the archaeologist William Flinders Petrie.)

Ann Chappelle was a little older than Matthew, being born on 21 November 1772. Her father John Chappelle had been a merchant navy captain who died of illness in the Dutch East Indies in 1776 and as a result Ann had been reluctant to tie herself to another mariner. But her love for Matthew won out and they were married by Ann's step-father, the Rev. Wiliam Tyler in St Nicholas Church at Partney, Lincolnshire, on 17 April 1801. Just three months later Matthew sailed on HMS Investigator to commence his famous circumnavigation of Australia.

Matthew had wanted Ann to sail with him and brought her onto the ship but the Admiralty was furious and wouldn’t permit her to remain on board. She would not see her husband again for nine years, for six of which he was held prisoner of the French in Mauritius.

He returned to England in 1810 and they lived in a number of rented houses in London while he prepared his Voyage to Terra Australis for publication, and their only child, Anne, was born in 1812 (baptised St. Giles, Middlesex, on 1st April), when her mother was forty years old.


The Design & Art Australia website states that Ann was apparently blind in one eye “by lancing due to smallpox” but she had “above average mental powers, considered clever, with a sweet and perfect temper, beloved by all who knew her, witty, generous, nervous, with aptitudes for poetry, literature, singing, verse, and painting flowers from nature”. The DAAO also mentions that her watercolours of flowers have been shown in exhibitions, although none of these appear to be available on the internet. 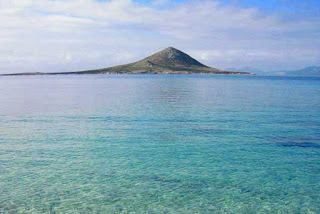 After Matthew’s death, Ann lived on for almost another forty years and would have seen many changes in that time. When she died in February 1852, the once remote continent of Australia was booming with an influx of settlers and gold-seekers. Her husband Matthew’s charts of the route around the coast continued to be used until well into the 20th Century.

There is a box of sentimental mementoes belonging to Ann in the State Library of New South Wales. It contains locks of hair from family members and pressed flowers from their grave sites.

Discover more about the romantic love story between Ann Chappelle and Matthew Flinders in the historical novel My Love Must Wait by Ernestine Hill and Letters to Ann by Catherine Retter and Shirley Sinclair. 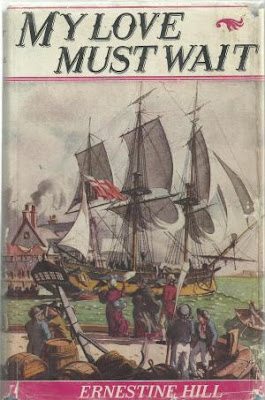 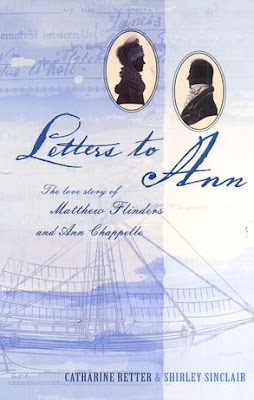 Posted by Regina of Arbeia at 4:19 PM No comments: Links to this post